Sometimes music in videogames can impact you more than you think.  It’s almost invariable that just about everyone, non gamers as well, can pick out the original Super Mario theme just from listening to the first few notes. It’s that recognizable.  Hearing that song brings back memories of an innocent and golden age of videogames.  The same can go for the Legend of Zelda theme, or moving on a little bit, the fantastic score from Chrono Trigger.  Original soundtracks to games can hit a chord with the player, no pun intended.  This is inarguable.

When games get music right, it can be a wonderful and glorious thing.  Sometimes original scores are not necessary.  In fact, I can pick out two games in particular that could have suffered an inservice had they not chosen to license music to include in their games: Grand Theft Auto: San Andreas, and Fallout 3. 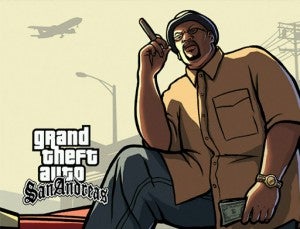 Let’s begin with my favorite game of all time, GTA:SA.  Playing this game brings back memories of college at Mizzou.  My friends wondering, “Where is Keith?” not realizing that GTA:SA just came out and I was hunkering up in my tiny apartment enthralled with this game for days on end.  At the time, I was amazed, stunned, mystified with this game. How could so much content be in this game? I’d never seen anything like it.  And the music. San Andreas has arguably the best non-original video game soundtracks of all time.  Cruising the streets of Los Santos in a car that I just highjacked that just so happened to be tuned in to Radio Los Santos was bliss. Nothing feels better to jamming to Ice Cube’s “It Was a Good Day” whilst performing a drive by shooting.  Oh yeah, what came on next? Too Short’s “The Ghetto”. Oh memories.  This was great. At this point I was happy with the soundtrack already. What happens next as I get the shaft by officer Tenpenny? All of the sudden I’m in the badlands driving a dirt bike listening to Loretta Lynn and Conway Twity.  I’ve never been a fan of country music to this point, as a matter of fact I hated it, but I felt compelled not to change the station.  Soon I grew to fall in love with this era of country.  Hearing the DJ mention that the song “I Love a Rainy Night” reminded her of an old truck stop outside of Columbia, Missouri sent shivers down my spine as this “old truck stop” was minutes away from my house.  It just so happens that this truck stop is now the subject of a major show on the Travel Channel. 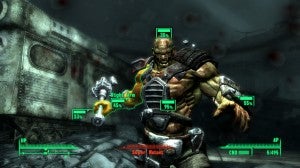 I can go on and on about San Andreas but I need to move on to Fallout 3, one of the best games of this generation. I’ve enjoyed that game more than Skyrim (please don’t trash me for that).  Here is the key that made that game go over the top, the music.  Listening to old music from the 1940’s play through the tinny speakers on my Pip-boy while decapitating giant mutants was an experience I will never forget.  Listening to the Ink Spots “I Don’t Want to Set the World On Fire” immediately makes me think of the whooshing sound when you bring up the VATS targeting system.  Great times, great game. Billy Holiday juxtaposed to a desolate wasteland just feels right.  Yesterday I found myself, windows down, listening to “Civilization (Bongo, Bongo, Bongo)” via a Spotify playlist in my car. Another car pulled up next to me. What a site, a 27 year old man, bald, bearded, listening to an old, WWII era song.

The point of this all is the fact that music can help make a game.  I hope developers out there take full advantage of this. You don’t need an original soundtrack to make a game great.  As is the case with the two games I featured above, I think a complete original score would have been a detriment to the game.

Well, this is my first blog. Hope you liked it.